One set of my great grandparents were Wangaratta based James Edgar Gordon MOORE, almost always known as ‘Gordy’, and Caroline Anne (nee RITCHIE). When Caroline died tragically in August 1933 after she caught influenza and succumbed to the ensuing pneumonia, Gordy was left with seven children. Albert Edgar (Bert) had been married to Agnes (nee CORDY) for 12 months, Richard James (Dick) was 21, Edna May was 19, Alma Caroline was 17, and little red-headed Jack (Bluey) was only 10 years old. As I mentioned in the obituary for my grandmother, Alma gave up work and remained home at 9 Moore St Wangaratta to care for Jack and maintain the family home. But by 1940 Alma had married and moved to Swan Street after a new home was built there, and in the next few years Jack was off following his dreams as a mechanic and avid motorcycle racer.

So by 1945 Gordy had probably spent a few years living alone at Moore Street. It is not known how the next stage of his life unfolded but on the 13th January 1945, at Holy Trinity Church in Kew, Gordy married for a second time. His bride was Minnie LEWIN, who was six years younger than Gordy. Minnie, who was always known as Billie to the Moore family, was the daughter of Clement KIND, an engraver, and Patience BRITTLE, and had lost her first husband Hubert Leslie LEWIN in 1934 at the young age of 45. But how did Gordy and Billie meet? Billie was born in Brunswick in 1892 and her only child was born in Melbourne in 1920. At the marriage Billie gave her occupation as a saleswoman. One can only guess that perhaps Billie was selling the types of things that Gordy needed for his cycle repair and general mechanics business in Murphy Street Wangaratta. Witnesses to the marriage were Lesley J Whelan, Billie’s daughter, and John Ian (Jack) Montgomery, a brother-in-law to Gordy’s daughter Edna, and soon to be husband to Gordy’s first cousin Alice Rebecca Blair. 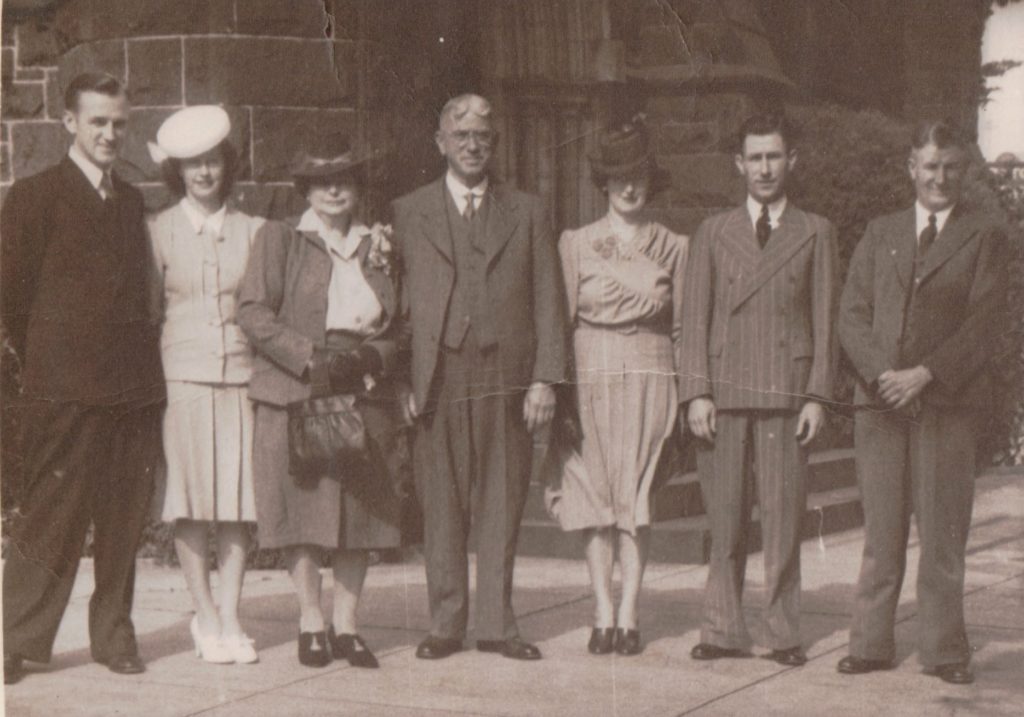 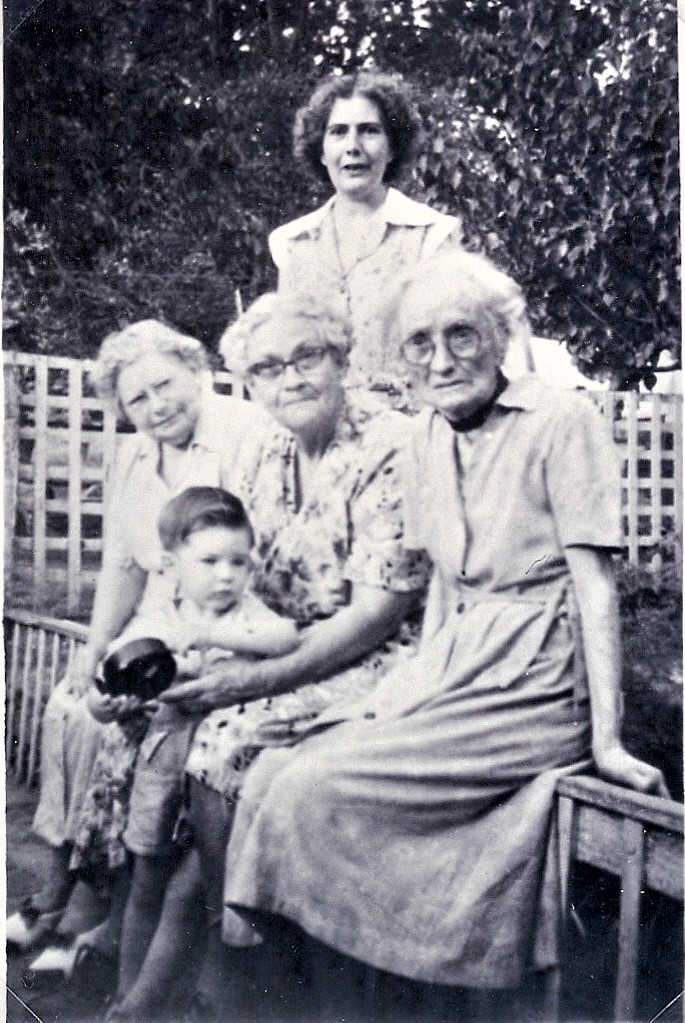 The marriage obviously had the support of both families but sadly this was not one with a happy ending. Billie moved into the old family home at Moore Street, Wangaratta. Leslie Keir (nee Montgomery) remembered Billie as a quiet, happy lady, and Gordy’s sisters Mimi (Jemima) and Mollie (Mary Elizabeth Blair) were often at Gordy’s house and were in close contact with Billie. Perhaps some of Gordy’s children did not however, fully accept this new family member in the position their late mother once held, but none spoke with any animosity in their twilight years. Billie is recorded on electoral rolls as living at Moore Street until 1954, but after that there is a gap in the records until Minnie’s death in Melbourne in January 1961. During this time Gordy had become increasingly unwell, as he developed diabetes and had surgery on his nose for cancer. This left a gaping hole in his nose that was covered by an addition to his spectacles. He lived for a few more years at Moore Street, before age caught up with him and he went to live at the Ovens & Murray Home in Beechworth. Before admission to the Beechworth facility it was apparent to family members with whom he was living, that Gordy could no longer cope with daily tasks or medical issues, and was very quiet.

So what happened to this marriage? At the time of her death in 1961, Billie was living in Mentone, not far from her daughter Lesley who was living in Highett. Billie’s sister May had lived at this same address in Mentone until her death in September 1954 so this suggests that Billie returned to Melbourne in 1954. Had she gone back to nurse her sister but never returned to Wangaratta? Was Billie homesick? She had after all, always been a city girl, and Wangaratta was a long way from her only daughter, and her siblings. Or was Billie becoming infirm herself and decided that being near her daughter, and nieces and nephews was the best option? Another factor may be that Gordy could be badly behaved. Comments were made in the family several times of his treatment of his oldest son Bert, and how the abuse drove Bert to leave Wangaratta for a job in Melbourne. Bert mentioned in an article published in the Wangaratta Chronicle in 1995 that he left school at 14, and after passing a dual PMG (Post Master General) exam, he was appointed a Telegraph Messenger in Ivanhoe, where he boarded for three years. So leaving Wangaratta was likely a job requirement, although there could have been push factors from a father he did not get on with. Bert’s sister Alma was adamant that Gordy was more than a deciding factor in Bert’s move, although she recalled the family upset as occurring around the time Bert was 19, possibly when he returned to Wangaratta after completing his apprenticeship.

Alma also commented about Billie that she had no idea what happened.  “One minute she was there, and the next she wasn’t”. Perhaps time had dulled Alma’s memory, or Gordy had not been forthcoming with details, but the mystery remains of what happened around 1954 and how Gordy and Billie split. If anyone from the KIND or LEWIN families knows I would love to hear from you!

** UPDATED 28th November 2019 ** Thanks to my cousin Leslie Keir (nee Montgomery) for confirming Jack Montgomery as the marriage witness, letting me know that Minnie was actually known as Billie, the wonderful photo of Billie at home with her new Moore sisters-in-law, and a host of other family memories that are interwoven throughout this updated post!