A few weeks ago Alona Tester asked bloggers to join in her Ancestral Places Geneameme. I had only recently published a post on the names and associated places I was researching and didn’t want to just regurgitate that list in a revised format. Instead I set about thinking about variations on the theme. The first idea was strange or unusual place names e.g Achilles Gully, or Devil’s Drop. This was going well but I was too distracted by the place names and deciding which was the most unusual. I guess Devil’s Drop may not be so foreign to the good folk of Tenterden in Kent, if the name is still in use today. My second idea was to go with names of hotels in which family events were played out. Many ancestors owned one, were witnesses at inquests there, drank there, died there or were married there, and many a business transaction was completed in what were after all, early meeting places and community centres. I decided on the latter idea, but it was far from easy. Hotel names are much more predictable, stable and boring than place names – anyone for a Commercial or Railway Hotel? So here is my list, with six letters unrepresented. I hope it will keep me mindful of the small places where events occurred, and in a few years time I might be able to add to the list 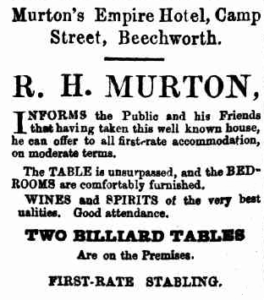 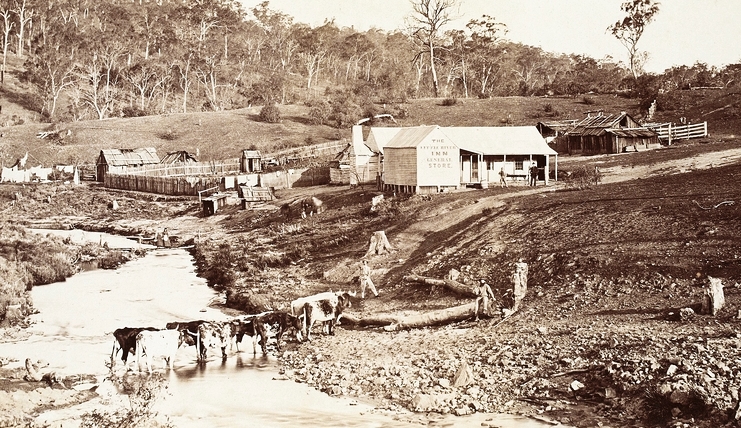 Little River Inn and Store by Frederick Cornell, circa 1866-1885, courtesy of the State Library of Victoria. 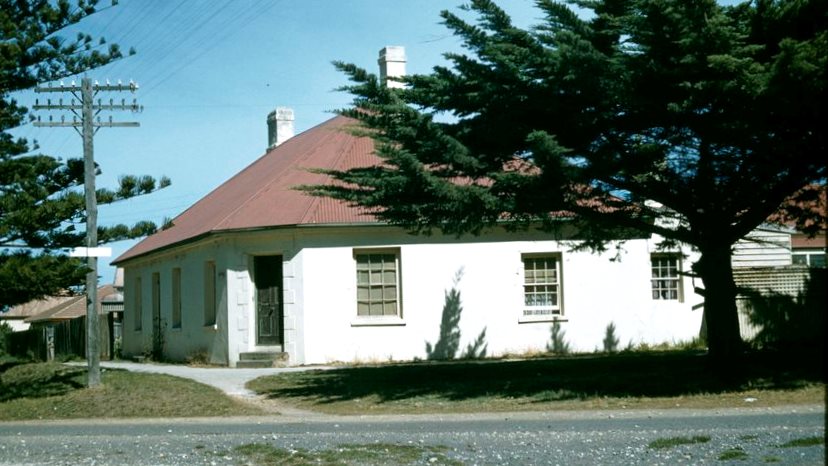 Merrijig Inn by Lillian Isobel Powling (1906-1997), courtesy of the State Library of Victoria