Jonathan Harris and his Australian progeny 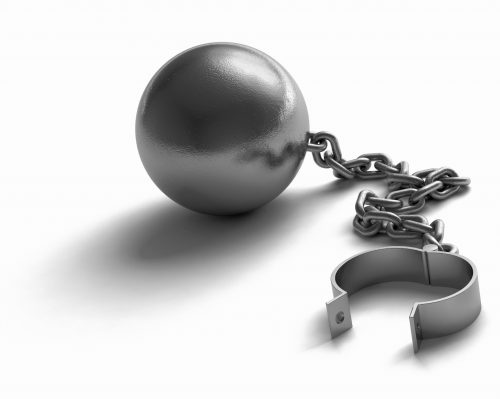 On the 3rd January 1826, Jonathan Harris (alias Alcorn) arrived in Sydney Cove as a convict aboard the Marquis of Hastings. Lucky to have survived the penal system involving a stay on the hulks and the long sea voyage, Harris had actually used up not two, but three of his lives by the time he arrived at Sydney Cove. His crime of burglary of a dwelling house and stealing goods valued at almost nineteen pounds initially earned him a death sentence at Sussex Assizes in March 1825. Jonathan’s sentence was later commuted to transportation for life, the first of his known escapes from drastic consequences.

Harris was born in 1800 in Mayfield, Sussex and had married Elizabeth Baker in November 1821. Jonathan and Elizabeth had three children in Uckfield, Sussex before his conviction: Jonathan jnr., Elizabeth and Henry. After a successful plea, Elizabeth was allowed to join Jonathan in New South Wales in early 1831, and the couple went on to have Sophia, Thomas, and George Jarvis. On 30th March 1836 Elizabeth was riding on a wagon on the Bong Bong to Cambelltown Road nursing George Jarvis, when it hit a ridge on the road and overturned. Baby George was thrown clear, but one of the wheels ran over Elizabeth and she died almost immediately. She was buried at Taralga, north of Goulburn. 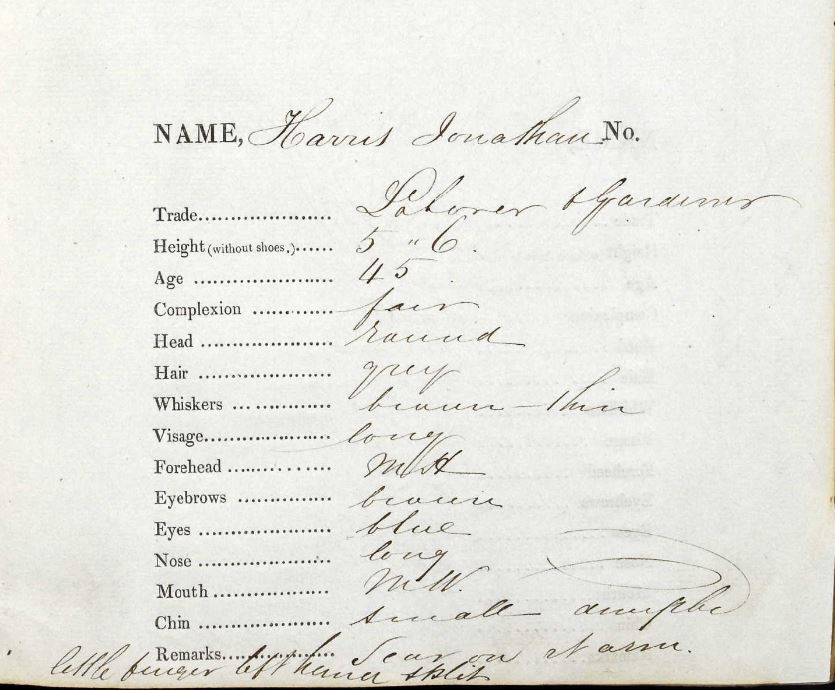 Jonathan gathered himself and remarried Ann Grubb who was 20 years his junior, in 1840 in Goulburn. He had gained a Ticket of Leave by then, but his marriage to Ann, who came from a respectable Methodist family, is nonetheless surprising. In October 1841, Jonathan was issued a Conditional Pardon in recognition of his good conduct since arriving in the colony. Sir George Gipps who issued the Pardon was perhaps a little hasty. Less than twelve months after his Pardon, Jonathan and 20 year old Jonathan junior were convicted at the Parramatta Quarter Sessions on a charge of “stealing from a person”. Major Edmund Lockyer had accused Harris senior of stealing £47 from an old man, and several other serious crimes. Jonathan was sentenced to 15 years and Jonathan junior to 10 years transportation to Van Dieman’s Land (later Tasmania). Jonathan was sent to Cockatoo Island where he spent 12 months, before being transported to the Port Arthur penal colony in Van Diemen’s Land aboard the “Waterlily”. Jonathan junior was transported almost immediately to Van Diemen’s Land aboard the “Sir John Byng”.**

In their short marriage Ann Grubb bore Jonathan two children: William Thomas and George Robert Grubb, the latter born six months after Jonathan’s conviction. Ann took the opportunity of Jonathan’s transportation to Van Diemen’s Land to remove herself from the marriage. She had little choice as she was left destitute after all of Jonathan’s assets were sold off after his conviction, and Ann was refused any portion of the proceeds. She went on to have five known children with William Oliver/Olliver. 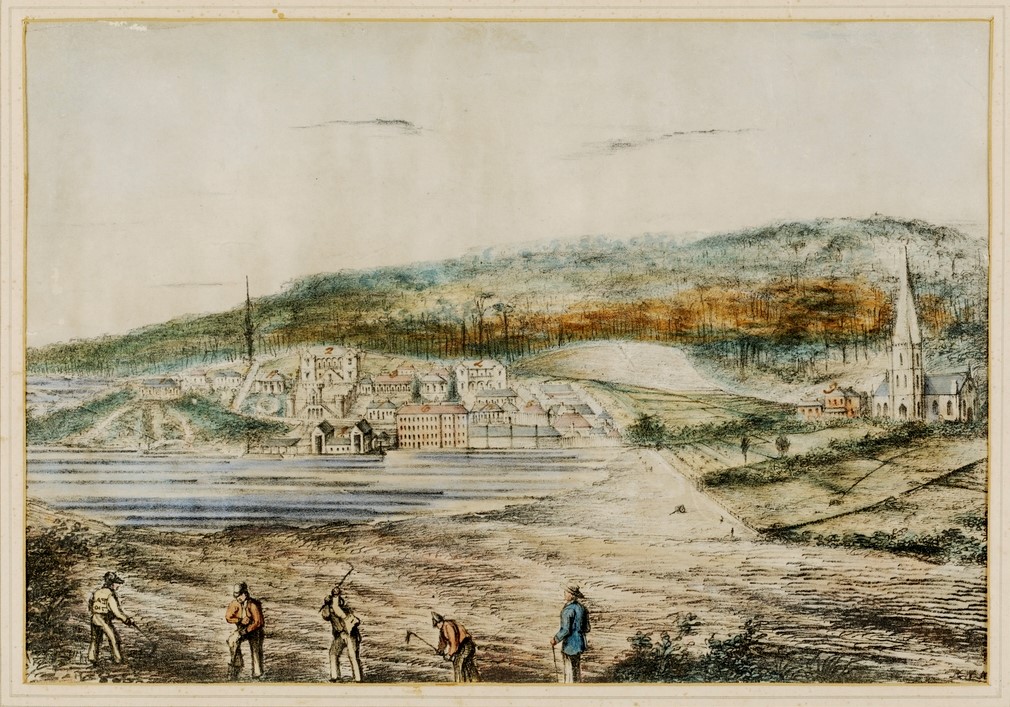 In Tasmania, Jonathan senior bigamously married fellow convict Mary Ann Squires in 1853. Mary Ann was 25 years younger than Jonathan, and younger than two of his children. The couple had three children in Tasmania – George, Edward and Walter – before moving to Benalla in Victoria between 1855 and 1857. Jonathan’s eldest daughter Elizabeth was by then married to successful Wangaratta businessman William Henry Clark, and his son George Jarvis was living in Benalla with his young family. In Benalla, Jonathan and Mary Ann had further children: Francis, Albert, Frances Alice, Frederick, John Phillip, Charlotte Rebecca and Lucy Rosetta, the last born the year Jonathan turned 73. This made a total of nine children to Jonathan and Mary Ann.

From his humble beginnings as a gardener and ploughman in rural Sussex, and probably thinking he had seen his wife and three infant children for the last time when left England’s shores in the summer of 1825, Jonathan went on to found somewhat of an Australian dynasty. Eighteen known children in total were born in three different colonies and in Sussex, England. With his first wife Elizabeth Baker, six children all survived to adulthood; with his second wife Ann Grubb, two sons both survived to adulthood; and with his third wife Mary Ann Squires, ten children were born, one of whom died as a 19 year old, and two who are currently unaccounted for. His last child died in 1961, 70 years after his own death. Jonathan had at least 90 grandchildren living at the time of his death in Benalla, Victoria in October 1891. More grandchildren were born after his death, the last known in 1912, 113 years after Jonathan’s birth. A total of 141 grandchildren have been identified and the count has not ended!

DNA matches are bringing all these descendants together. If you are a descendant and want to know more about DNA testing, please get in touch using the ‘Contact’ page.

**Many more crimes were committed by Jonathan. Covering them would take a few posts, but for the purpose of this post I have only mentioned those crimes that directly related to his “dynasty” – his marriages and children. On my family tree database I have amused myself by recording Jonathan’s occupation as “career criminal”.