This is an enlightening newspaper article from the Ovens & Murray Advertiser of the 20th January 1910 about a disastrous fire in Murphy Street the previous day. The fire occurred on a Wednesday afternoon which was a usual half-holiday before shops opened five days per week with a half-day on Saturday. The article explains several things: how the Wangaratta Turf Club lost all their records, where the Wangaratta Rifle Club operated from (or at least stored their equipment), when the Council Club Hotel was rebuilt or had one of its major renovations and what happened to the former St Georges Hall. It also gives an insight into the newly rebuilt Corrys Buildings where my great-grandfather Gordy Moore operated his bicycle shop from around the mid 1910s. Perhaps he bought out the ill-fated Mr. F. D. Taylor. Another family connection is that of A. H. Wohlers who lost his tailoring business in the conflagration. Albert Henry Wohlers was a long time friend of Gordy Moore and at one stage the family lived opposite my great-grandfather in Moore Street and one of Wohlers’ sons taught my grandmother to play the piano.
The fire described in the article destroyed buildings from the south side of the Council Club Hotel (now the Grand Central). Cairns’ auction rooms were immediately south of the hotel on the block where Corrys Buildings are now. Next was Wohlers’ tailor shop followed by Taylor’s bicycles which shared the block with Clarke’s hairdressing saloon with one of the businesses at the front and the other at the rear. It is not clear where Davidson’s drapery shop was located but it was probably at the  southern end on the destroyed buildings. 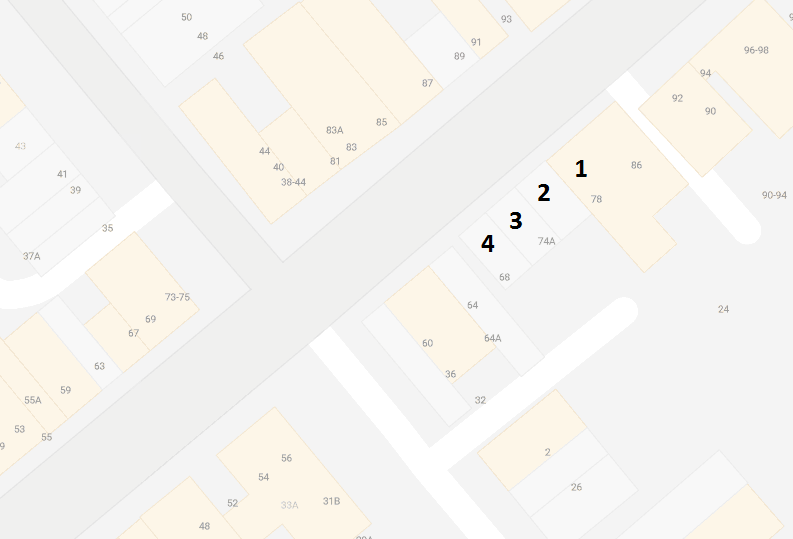 DESTRUCTIVE FIRE AT WANGARATTA.
THREE MURPHY STREET PREMISES DESTROYED.
A destructive fire occurred in Murphy street, Wangaratta, at about 6 o’clock on Wednesday evening, when the auction mart (in which a large quantity of furniture was stored) and two offices occupied by Mr. H. M. [Henry] Cairnes, with the whole of the contents, Mr. J. [James] Clarke’s hairdressing saloon and Mr. A. H. [Albert Henry] Wohler’s tailor’s shop were all totally consumed, while considerable damage was done to Mr. S. [Sydney] Davidson’s drapery store and Mr. F. D. [Frederick Douglas] Taylor’s bicycle shop by water. The fire brigade, who were on the spot with commendable promptitude, had to confine their efforts to Messrs. Davidson’s and Taylor’s premises, as there was no chance of saving the other buildings. The fire, indeed, burst through two windows of an upstairs room used by Mr. Davidson as a bedroom, but the brigade succeeded in checking Its farther progress. 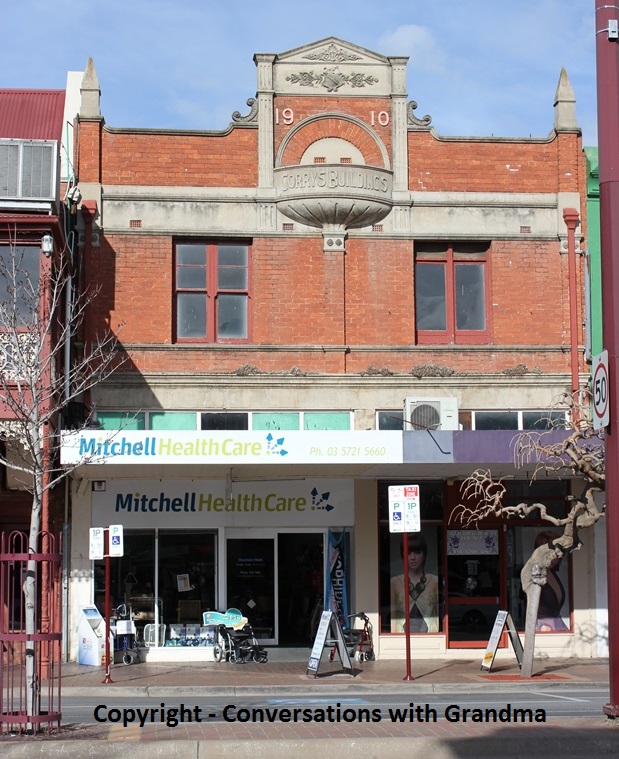 The main building is the property of Mrs. W. J. [Rose, wife of William James] Corry, of Moonambel, and was originally known as St. George’s Hall, but had been converted into a shop and offices and furniture mart conducted by Mr. H. M. [Henry] Cairns. Mr. Cairns will be a heavy loser. Everything In his offices, including the Wangaratta Turf Club books, was totally destroyed, together with a quantity of furniture stored In the mart, valued at £150 (on which there was no insurance), 10,000 rounds of rifle club ammunition, 12 club rifles and two private rifles, and a trombone belonging to one Wangaratta Town Band. The building was insured In the South British Office, but the amount is not known. Mr. A. H. Wohlers had a policy In the Imperial Office over his stock and fittings, and Mr. Cairns one in the Mercantile Mutual Office.

The origin of the fire is a mystery, and the place, being shut up on account of the half-holiday the fire had taken complete possession of the building before being noticed; and the efforts of the brigade had to be concentrated on the adjoining buildings. Mr. Cairns had only recently placed £150 worth of furniture in his mart, and Mrs. Dowling, licensee of the Council Club Hotel, lost a valuable piano and sideboard which she had stored in the mart pending the  construction of new premises. Mr. Davidson will also be a heavy loser through his drapery stock being damaged by water.
Two young man, Messrs. Gordon Steele and Arthur Stone, who were first on the scene of the fire, did some creditable work, and succeeded in saving a number of rolls of tweed, two sewing machines, two barbers’ chairs, and a quantity of sundries. It is fortunate the fire was checked in its progress or the results might have been disastrous. Nothing could have saved the adjoining buildings had it not been for the prompt arrival of the brigade and their energetic efforts.