On this day in Wangaratta celebrations were held for the official opening of the new Wangaratta Fire Station in Ford Street. The Captain Alfred Pinkerton and Hiram A Crawford represented the Fire Brigades Board. Reputed to have cost £300, most of the cost of the building was earned through competitions, which doubled as training exercises. Competing throughout Victoria and New South Wales, the brigade was highly successful from the mid 1880s. 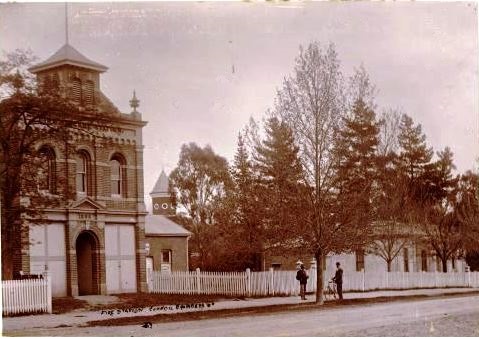 Wangaratta fire station & council chambers Ford St, postcard by Foxcroft of Bright, c1910. The tower of the former Presbyterian Church can be seen in the centre background. 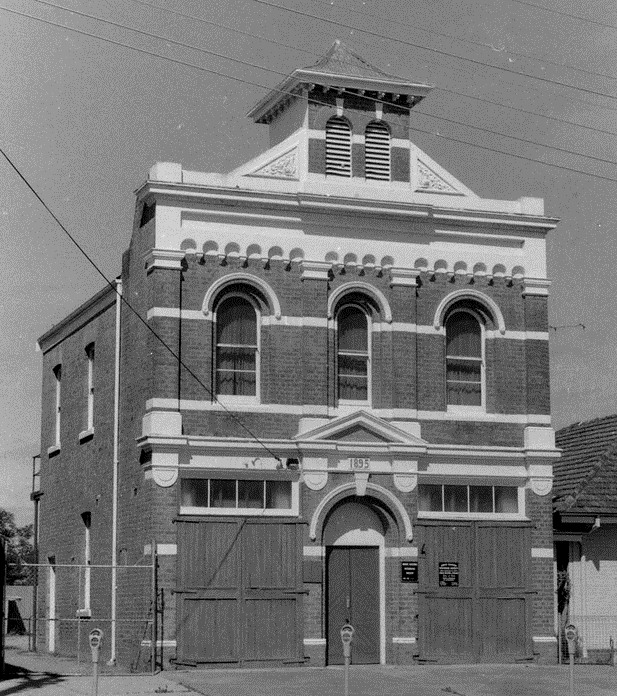 The new Fire Brigade Station was opened on Friday night. The ceremony took the form of a banquet, which was held in the upper room of the new building. There were about 100 guests sat down to a sumptuous repast, which had to a great extent been supplied gratuitously by the ladies of Wangaratta. Captain Pinkerton presided, Superintendent H.A. Crawford representing the Country Fire Brigades Board, and Cr. Newman occupying, the vice-chair. Captain PINKERTON said he had been connected with the brigade since he had been in Wangaratta. About two years after his connection with the brigade they had commenced to have frequent wins. They then procured a fire engine at a cost of £120, which was subscribed by concerts and subscriptions. The brigade had won 54 first prizes; altogether, £320 had been won, which had gone towards the building.There was a still a small balance owing, which would soon be paid off. The brigade were donating their allowances from the Country Fire-brigades’ Board towards defraying the cost of the new building. The following toasts were duly honored:- The Queen, proposed by Captain Pinkerton ; The Fire Brigades’ Board, by Secretary Edwards ; The ladies who provided the edibles and attendants, by Mr. W. [William] Bickerton; The Wangaratta Brigade, by Mr. Newman ; The townspeople and country people who provided cakes, fruit,&c., by Mr. [Thomas Foster] Notcutt ; Those gentlemen who had taken up the debentures towards the building fund, by Mr. Barnes [probably William Edward Barnes, photographer] ; The visiting brigades, by Captain Pinkerton. Songs and recitations were rendered during the evening by a number of gentlemen present, and a very pleasant evening was spent. During the course of the evening Messrs H. [Henry] Newman and W. S. [William St Fort] Murdoch presented the brigade with their debentures of £5 towards the new building.[1]