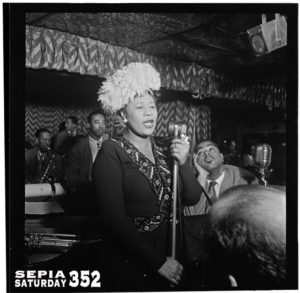 This post is inspired by an image of Ella Fitzgerald and Dizzy Gillespie held by the Library of Congress and shared on Sepia Saturday.

While there were many musicians in my family none were as accomplished or well known as these two.  What did strike me in this image was Ella’s hat. What a fabulous thing, and to wear it while performing is pretty unusual by today’s standards. The hat took me immediately back to an image of my grandmother and her full siblings. The hats are a little less flamboyant but similar nonetheless.

When I was first given this snapshot it perplexed me. Why did they all appear to be dressed in mourning, yet all looked so happy? I asked my grandmother Alma, who explained that it was taken at the funeral of her father James Edgar Gordon (Gordy) Moore on the 3rd June 1967. His death wasn’t unexpected as he was in his early 80s and had been apparently invalid and living at the Ovens & Murray Home in Beechworth. What was a happy event, was the five siblings all being together, hence their happy expressions. 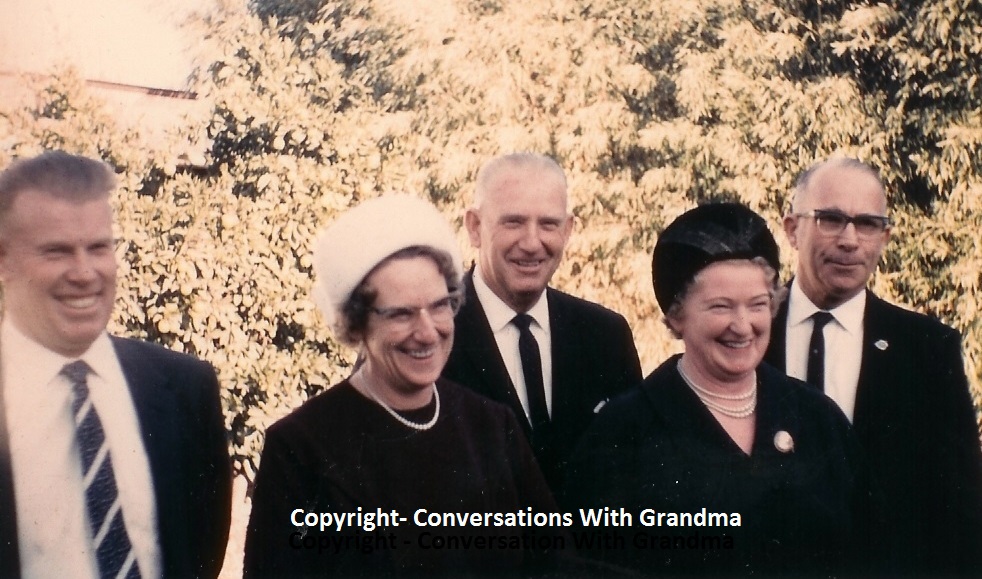