Sepia Saturday – A quartet of hotels 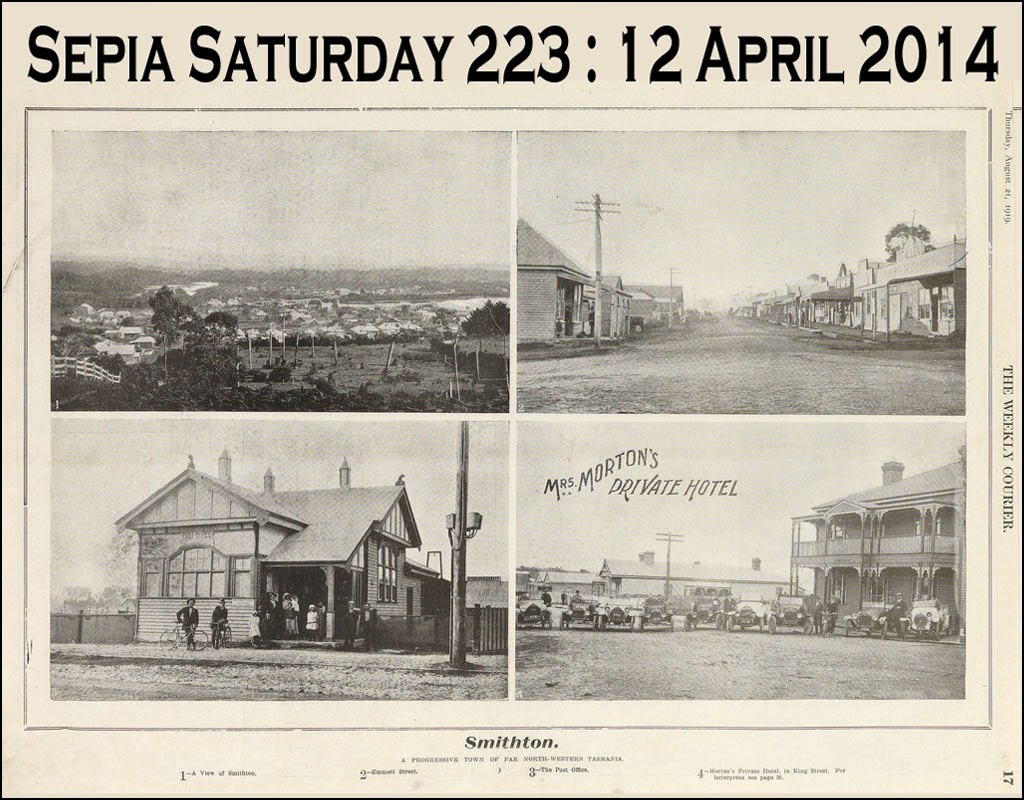 Choosing images for this week’s Sepia Saturday was quite easy.

The challenge was to show a quartet of photos using the themes of towns, hotels or main streets.   I knew immediately that I wanted to look at four hotels in Wangaratta. At first I wanted to feature four different hotels but all the hotels in Wangaratta are so fascinating I realised I couldn’t do them justice in one post. I decided on four images of the Sydney Hotel that was built on the site of William Henry Clark‘s Hope Inn. 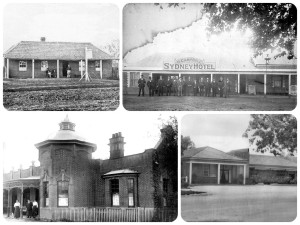 William Henry Clark owned, and held the license of a hotel named the Hope Inn on the corner of Ovens and Templeton Streets in Wangaratta from the late 1830s until some time after March 1855 when the last newspaper report in the Ovens & Murray Advertiser that placed him there was published. Clark removed himself to the far more salubrious surroundings of his new brick two storey Commercial Hotel in Murphy Street by mid 1855, and in 1859 the old Hope Inn was burnt down. Either a new timber house was built on the site, or a building survived the fire. This building and land was leased by William Painter who ran a restaurant there before opening the Sydney Hotel in March 1865. The man standing in the doorway in the image was probably the owner or licensee. This advertisement from March 1865 shows that when the image was produced the owner was still William Clark, and the licensee was William Painter. A closer inspection of the image on Museum Victoria’s website indicates the man is almost certainly NOT William Henry Clark. He was born in 1809 and aged around 60 when the image was taken. A photograph of him in 1863 shows him with a wild and woolly and almost totally grey beard. The man in the image is much younger, having quite a dark beard. William Painter was born in 1829 and would have been almost 40 in 1868 or 1869 so is a good candidate for the man on the veranda. 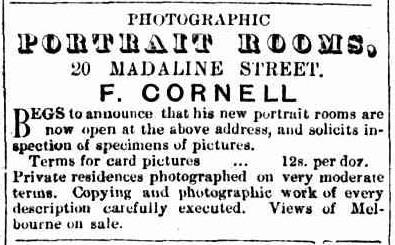 The image of the hotel has been attributed to F. Cornell. This advertisement for Cornell’s services from the Telegraph, St Kilda, Prahran and South Yarra Guardian on 17th February 1866 is important. He offers photographs of private residences, i.e. outdoor photography, at a time when such a service was quite difficult to perform. The process used  a “wet-plate process” whereby the glass plate had to be dipped in chemicals before the exposure, and then the image had to be processed on the spot. The usual way to achieve this was by having a studio set up in a wagon on site. Cornell may have been a travelling photographer before he set up in his Melbourne studio and his advertisement clearly shows that he had a studio wagon available although he may have gone ‘on the road’ when business was quiet or when given a lucrative commission after his Melbourne studio was opened.

After Painter, the re-named Sydney Hotel went through a series of owners, many of whom placed their own mark on the building. When the more recent O’Keefe family owned the hotel they maintained a website that included a list of the owners and licensees of the Sydney Hotel, but as from 2017 this website was no longer available after the hotel was sold to the RSL. It was inspiring to find a business that appreciated and had taken the trouble to investigate the history of the building of which it was custodian. After the shingle roofed building shown in the first image, the hotel was modernised and expanded before 1903 when Henry Campbell took it over. 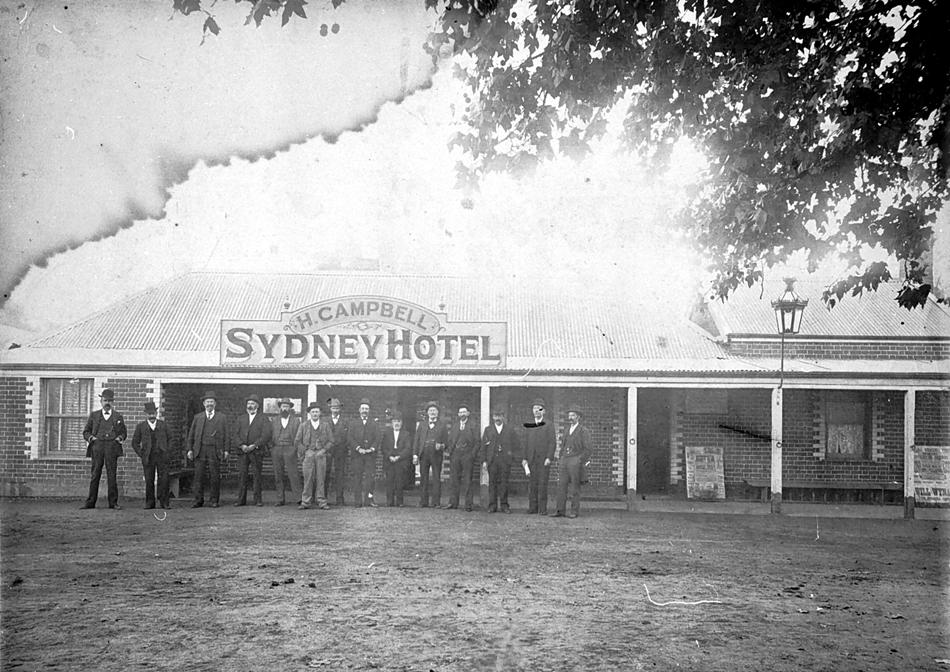 Campbell’s Sydney Hotel c1895 courtesy Museum Victoria. A Zaetta is credited with this image but he operated in Wangaratta in the 1940s. It is most likely that he copied the image by creating a negative of the damaged original.

The different roof line to the right clearly indicates an addition, and the veranda on the far left has been enclosed and the entire place bricked up. However the five veranda posts across the front and the older style roof line echo the Sydney Hotel of the late 1860s. It would be nice to locate a better version of this image to see if a chimney lines up with that of the earlier hotel.

In 1909 Henry Campbell called for tenders for extensions and a new frontage for the hotel. The delightful art nouveau Sydney Hotel was the result. 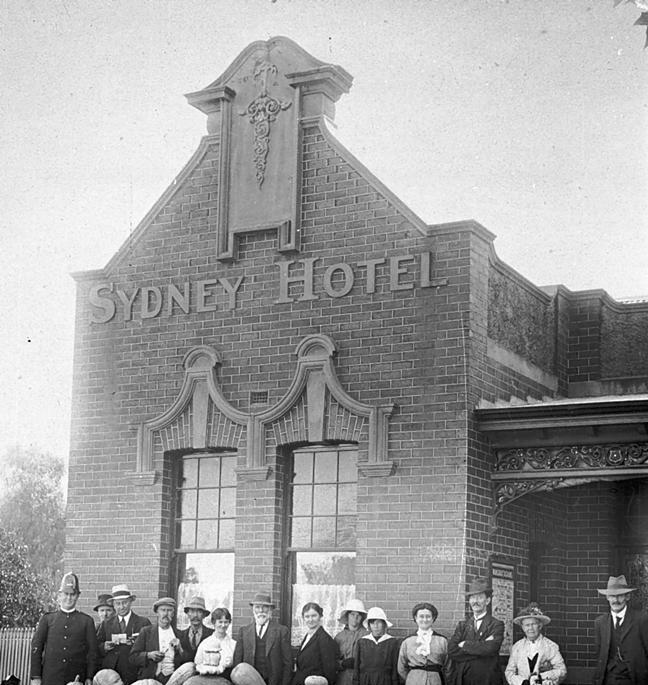 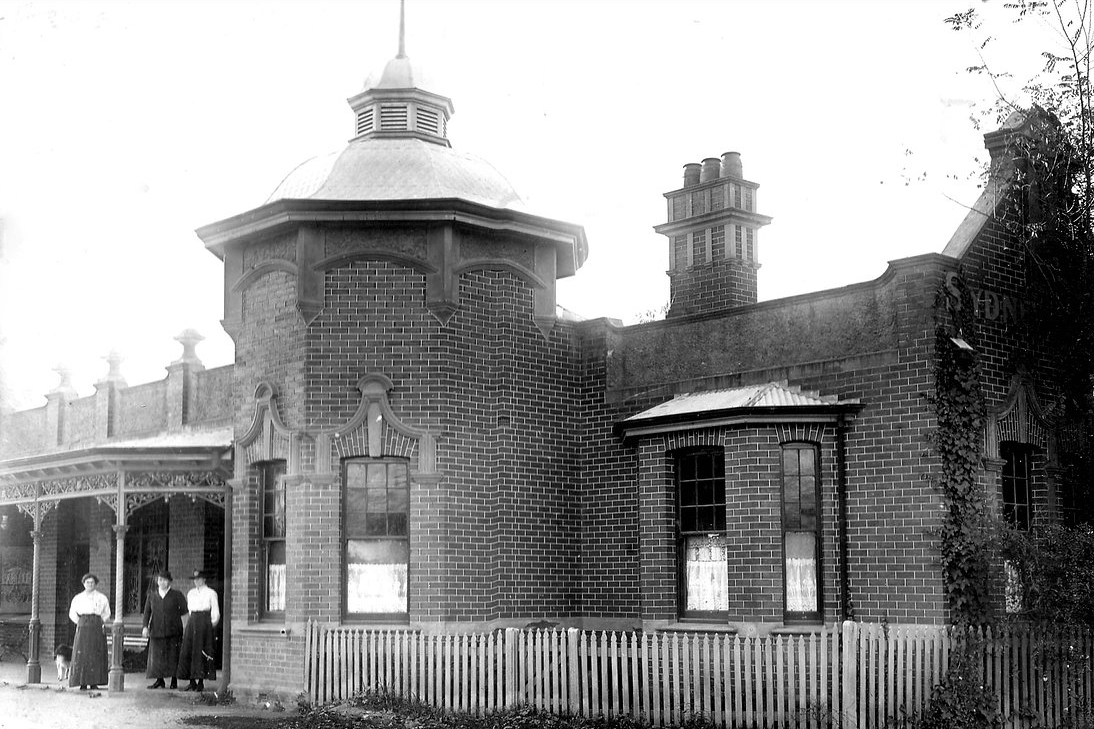 In 1941 Christopher William O’Keefe commenced major renovations, although no renovations could obliterate the old roof line of the original 1860s hotel. The result of the renovations was that the  beautifully styled and tuck-pointed building seen above was turned into a streamlined, and modern but nonetheless austere building.

Sydney Hotel circa 1941 after O’Keefe’s renovations