To kick off my first Sepia Saturday I’m starting with a rather poor image of my maternal grandfather and his four brothers. The boys were the sons of Olive Isabella (nee Cordy) and George Oliver Jackel. George was named Oliver George at birth but the family always knew him as the opposite, probably a reflection of customs from his German speaking heritage. George was a beekeeper in Taradale where he married Olive in 1915. Soon after the marriage the couple moved to Wangaratta to follow George’s lay preaching with the Church of Christ, and to start the first Church of Christ in the town with the first services being held in their home ‘El-Bethel’ at 117-119 (now 133) Swan St. 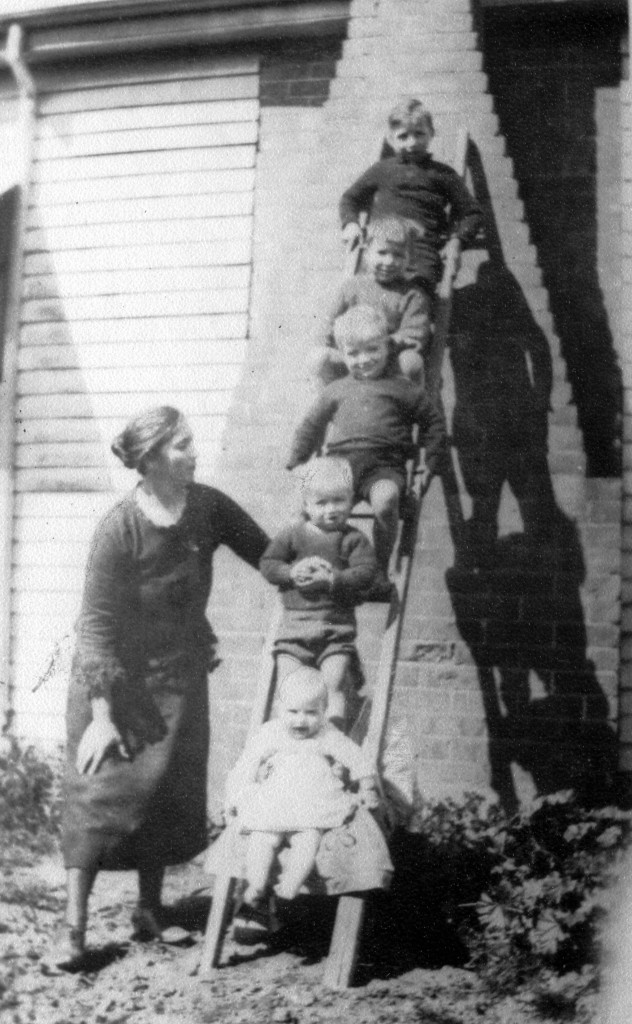 The boys, from eldest to youngest, were all born, lived and died in Wangaratta.