The Tippet family and World War One

An interesting piece in the Border Mail about the Tippet family in Wangaratta.

A small reserve of land on the corner of Tone Road and Green Street has been named Percy Tippet Reserve in honour of Percy Albert Tippet who died in World War One. 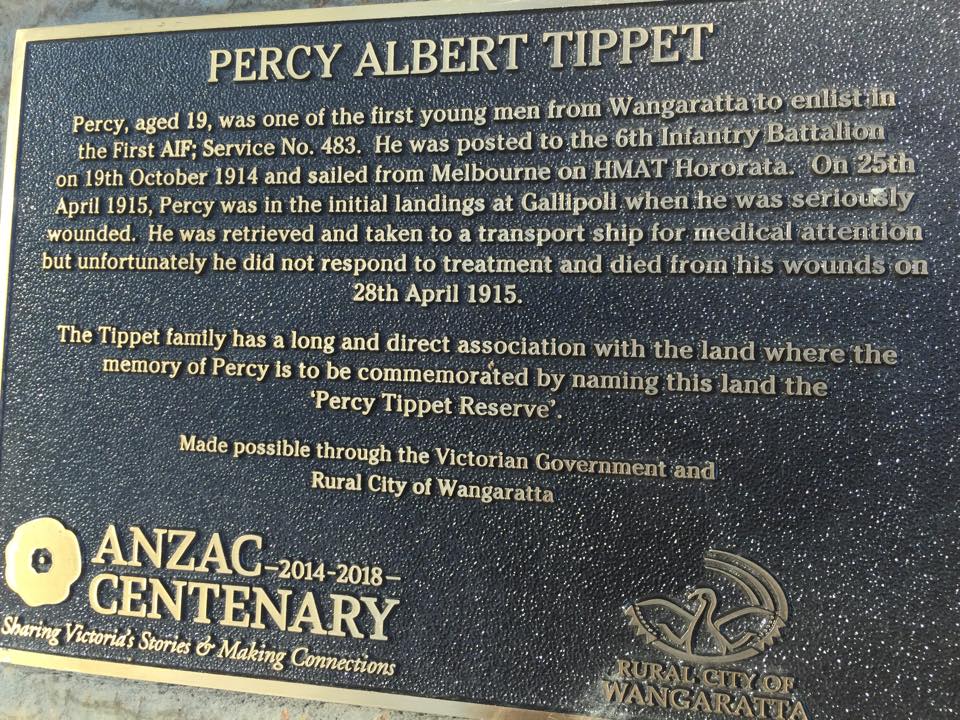 Percy, a railway porter, was born in Wangaratta in 1895 to Alfred Tippet and Fanny Kneebone. He enlisted at Richmond signing his surname as Tippett. One of the first to answer the call, Percy enlisted on the 17th August 1914 less than two weeks after the declaration of war. Percy may have been influenced by his year in the junior cadets and one year in the 56th Infantry.

Sadly Percy did not see out much of the war,  being wounded at the Dardenelles in the disastrous attack on the Turks on the first day of the campaign, 25th April 1915 – the original ANZAC day. Percy died from his wounds a few days later aboard the transport ship Seang Choon and was buried at sea. The following image shows troops on a destroyer, having just alighted from the Seang Choon and heading for the catastrophic battle we now commemorate on ANZAC Day. Percy may have been amongst them. 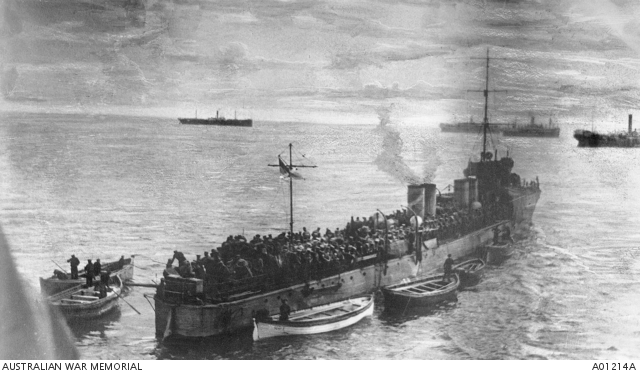 Troops just alighted from the transport ship Seang Choon, in a destroyer heading for the beaches of the Dardenelles. Courtesy Australian War Memorial